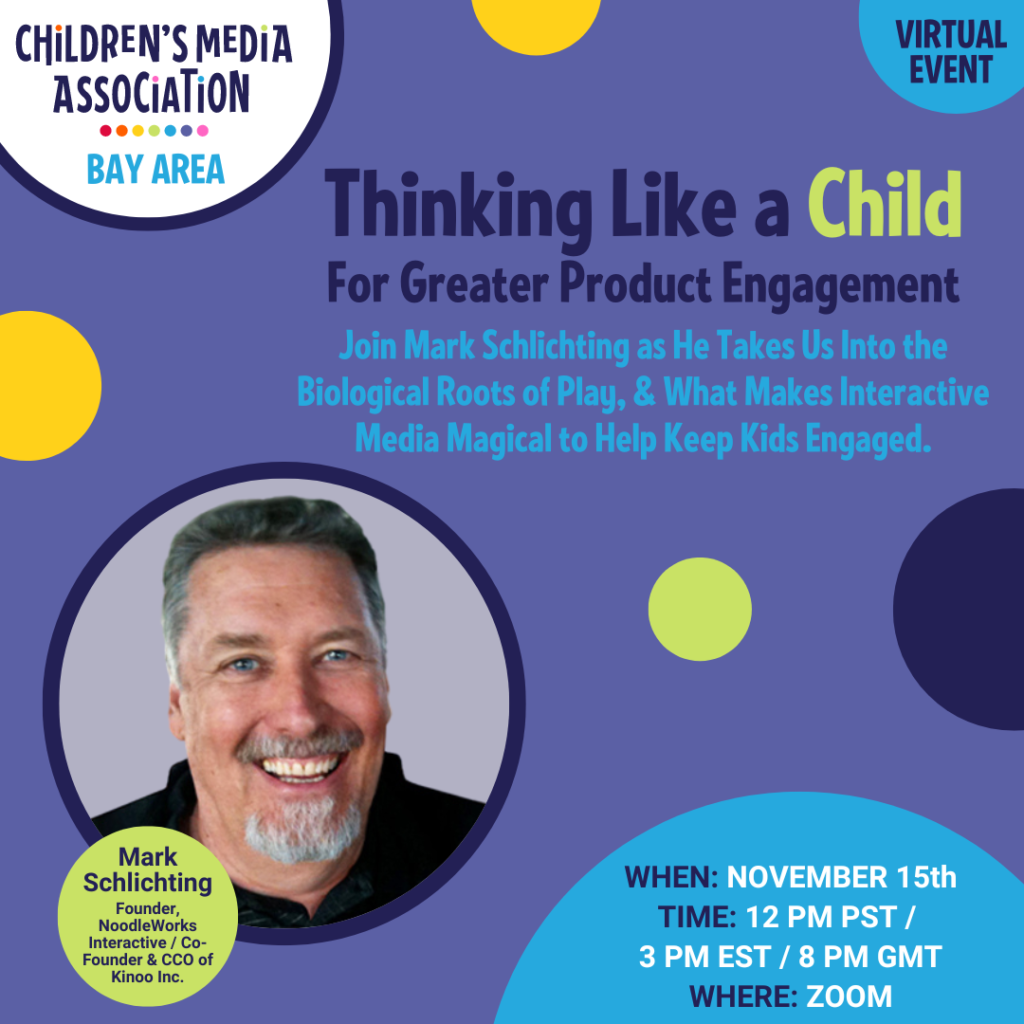 As designers of children’s media we can get carried away by ever-present deadlines and business issues, and it becomes easy to forget how young children see and interpret the world around them. In this talk, Mark will help us reframe our perspective, take us into the deep biological roots of play, look briefly at how kids change developmentally over time, and explore a little of what makes television or interactive media magical to help keep kids engaged.

Mark Schlichting is a passionate promoter for play. He is also a pioneer of the multimedia industry, an expert in children’s interactive design, and is probably best known as the creator of Brøderbund’s Living Books CD-ROM series. In 2000 Mark founded NoodleWorks Interactive, a creative consulting and production company specializing in innovative design for children. In November 2011, NoodleWorks released its’ first iPad app, a word toy called Noodle Words. His own multilingual storybook, Harry and The Haunted House, was re-released as a Wanderful interactive storybook app in October of 2012, and his textbook on design, Understanding Kids, Play, and Interactive Design: How to Create Games Children Love, released in October 2016.

Most recently, Mark is a co-founder of Kinoo Inc. and has served as the Chief Creative Officer. Kinoo is a totally new way for families to connect and play. Last year Kinoo launched Kinoo Connect, a video chat app that combines an innovative Kinoo Magic Wand to encourage physical movement, along with fun, interactive, and creative activities that turn remote family time into magical experiences. This year, Kinoo is about to launch the Kinoo Magic Wand as a stand-alone smart device that brings learning to life through physical movement and imaginative gameplay.