Finding Our Rhythm in the Pivot: Tales and Tunes with Laurie Berkner and Carly Ciarrocchi 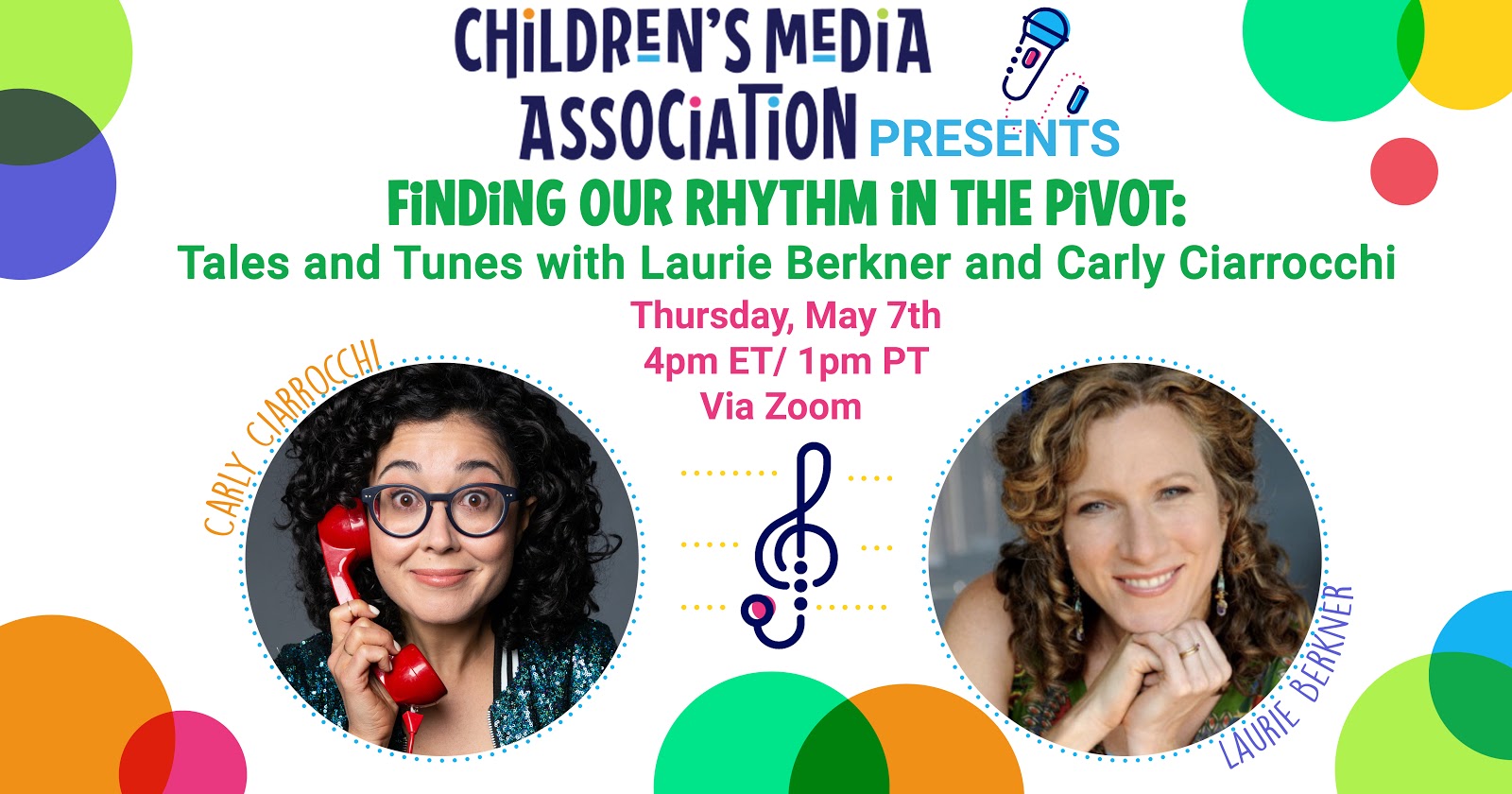 How do we find our rhythm as artists, creators, educators and professionals in the midst of a whole wide pivot? How can we rise to the challenge and serve our audience and ourselves at the same time? How can we keep the momentum of the sprint and hold space for the big picture of the marathon at the same time?

Join Carly Ciarrocchi, performer/writer/creator/musician, and Laurie Berkner, acclaimed children’s musician/singer/songwriter, for this virtual (camp)fireside chat with tales and tunes inspired by their own professional and artistic pivots.

Thursday, May 7, 2020
Via Zoom (we will forward the details once you register)
4:00 pm to 5:00 pm ET / 1:00 pm to 2:00 pm PT
There will be breakout sessions and opportunities to create together!
Registration is FREE
Register Here

Recognized as “the queen of kids’ music” by People magazine, Laurie Berkner is a singer, songwriter, lyricist, author, and founder of Two Tomatoes Records, LLC.  With an average of more than 10 million monthly streams and millions of CDs and DVDs sold, Laurie’s songs have become beloved classics for children worldwide. As a leader and innovator in children’s music and entertainment for more than 20 years, Laurie has released thirteen bestselling, award-winning albums, was the first recording artist ever to perform in music videos on Nick Jr., appeared regularly on the network’s Jack’s Big Music Show, and helped develop the short form animated musical preschool series Sing It, Laurie! on Sprout TV.  In 2018, Laurie created the series Laurie Berkner’s Song and Story Kitchen with Audible Studios, who released it as a 10-chapter audio book through the Audible Originals brand. Laurie has authored a number of picture books based on her songs, and has written the music and lyrics for three Off-Broadway children’s musicals produced by New York City Children’s Theater: Wanda’s Monster, The Amazing Adventures of Harvey and the Princess, and Interstellar Cinderella.

Carly Ciarrocchi is a performer, writer/creator and morning enthusiast. She began her journey in kids’ media as a host/writer on Sprout’s Sunny Side Up. Currently, she hosts Snug’s House and The Big Fun Crafty Show on Universal Kids. All three shows earned Daytime Emmy nominations. As a musician, she’s written tunes for Sprout/Universal Kids and is a vocalist/songwriter on Tim Kubart’s Grammy Award-winning children’s album HOME. Last month, she hosted the 2020 LEGO Idea Conference in Denmark, helping the team pivot to a livestream experience due to COVID-19. As a performer and content creator, she meets her audience where they are and keeps things just the right amount of weird. Her work combines authenticity, resilience, curriculum and comedy. Coming in 2020: a new TV project and a new podcast for preschoolers!