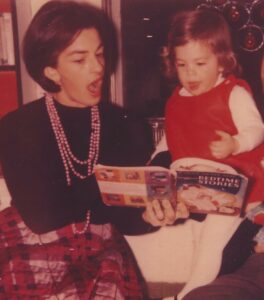 The magic of Pythagoras inspired Alison’s career start in Finance. Where else to begin for a numbers geek with a penchant for rhyming?! She earned a B.S. in Finance, a CFA, and became nationally recognized as a top institutional equity analyst. A new chapter began when she traded in the bright lights of Wall Street for the irresistible front stoop at Sesame Street. Armed with a Masters in Education from Harvard and a background in Educational Technology, Early Childhood Development and Interactive Design, Alison joined the Digital Media Group at Sesame Workshop.

At Sesame, Alison worked on many cutting-edge interactive projects and produced content for Sesame Street, The Electric Company and Pinky Dinky Doo. She led several major initiatives and developed the interactive episodes for Abby’s Flying Fairy School. Her work on the original programming developed for Sesamestreet.org was recognized with a Daytime Emmy Award as well as the prestigious George Foster Peabody Award for Excellence.

Early influences include Dr. Seuss, which may begin to explain her love of cats, hats, and iambic pentameter. Alison’s favorite book is The Cat in the Hat. As a self-professed “Geisel Girl”, a standout caper includes the day spent volunteering as a kitten wrangler for a wonderfully chaotic Best Friends PSA that was shot on the set of The Good Wife.